Showing posts from February, 2015
Show all

February 28, 2015
Today the winter thaw begins! Temperatures will rise above freezing all this week! It may get messy, but it's the first step to putting this all behind us. We'll be running in our shorts in no time! The  March RaceCalendar is heating up. Let's get ready for spring. IslandRunning has two new races in March. One in Bellmore and the other in Westhampton March 21st  One Voice One Message One Run 5K   Bellmore March 22nd FRNCA 5K , Westhampton March 22nd   May the Road Rise Up to Meet Ye 5K Patchougue March 29th  PAUMANOK PURSUIT 70K TRAIL RUN & RELAY  Rocky Point   April Race Calendar                   May Race Calendar Race Directors: Confirm your races  List your race for free at LIRunning.com   Send me a photo of the start of last years race and I may place it here! We welcome all Long Island Races. Send to islandrunning@yahoo.com www.lirunning.com   is updated daily. Home | Race Calendar | LI Running Clubs & Organizations | Fa
Post a Comment
Read more

Deep Freeze! How are you handling it? 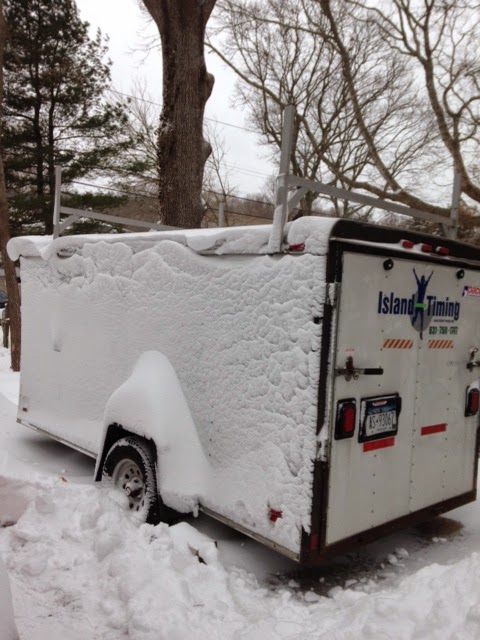 Timing in deep freeze! How is everyone dealing with these single digit temperatures? I can't wait till spring. Please comment and participate in our new blog!    Still some February races left.  http://www.lirunning.com/races.html And March is almost here!  http://www.lirunning.com/March.html ItsYourRace-LIRunning for online registration:  http://www.itsyourrace.com/search.aspx?srchby=searchByEventName&srch=LIRunning www.lirunner.com https://www.facebook.com/groups/IslandRunning/ Plus we've added a google group for to expand and better communicate with our Long Island Running friends. Join up and share with your friends. We'll be posting Long Island Running News on a regular basis! LIRunning on Google  https://plus.google.com/u/0/communities/103107557870137985652 See you there!
Post a Comment
Read more

February 19, 2015
This blog is being created to work with the LIRunning website, our E Newsletter and  Island Running on Facebook. By adding a blog, I hope to make this more interactive and become an open forum for Long Island Runners.  We just added LIRunning to the Google Community:     https://plus.google.com/u/0/communities/103107557870137985652 Links to this blog will be eventually be placed on all our websites and newsletters so that you can comment. Here is our directory: www.lirunning.com We are Island Running on Facebook      LIRunning.com      ItsYourRace LIRunning  Calendar and online registration. Updated Daily! Visit often! Race Results February   Cold, snow, ice, but we still run! March  Includes new races for Bellmore and Westhampton! April   Spring is in full swing! May  is one of the top three running months of the year. June calendar is being worked on now! Find Long Island Races at: ItsYourRace LIRunning Race Directors: List your race for free at L
Post a Comment
Read more

February 17, 2015
LIRunning: LIRunning Blog : LIRunning.com was founded and maintained by Robert Anastasio as a labor of love and for the main purpose of giving back to his sport. I'...
Post a Comment
Read more

February 17, 2015
LIRunning.com was founded and maintained by Robert Anastasio as a labor of love and for the main purpose of giving back to his sport. I've watched from a far (a far way back) as Rob won races. I've watched while leading a race with a camera crew as he and Bob Nugent battled it out at the Southampton 8K back in (I'm guessing) 1994. Nugent won that one, but Bob made him work for it. I've followed from the middle of the pack in many "Ralph Runs" ( Ralph Epifanio, Islandwide Runner). Those were the days!    The internet was in its infancy back then. I founded the East End Road and Trail Runners Club with a mailed newsletter, while Rob was spearheading LIRunning to the internet. When Ralph closed Islandwide Runner, Rob was missioned to continue the cause on the internet, while I was to attempt to continue the magazine under a different name. Not an easy task, very time consuming and expensive. I dropped the project. I took to the internet to promote the club. We
Post a Comment
Read more